The Islands of the Emerald Coast

The island of Rimains, like its Malvinas neighbors, Cézembre and Petit Bé, the island of Rimains, just 700 meters from the coast of Cancal, has always presented a great geostrategic interest. The defensive virtue of the island was exploited by Vauban, who saw it as one of the last bastions for the protection of Cancale and Mont-Saint-Michel bay.

Cézembre, only the beach south side can be visited. The island was one of the most bombed points in the world during the Second World War. Legend has it that it was in Cézembre that Maclou (Malo), one of the seven founders of Brittany, had landed from Wales after seven years of sailing. In Celtic Cézembre means: Highest Height.

La Conchée, masterpiece of Vauban, the fort still prohibited to the public, is the property of an association that tries to restore this jewel. The history of this fort is linked to that of Vauban, this impregnable granite vessel faces the long beach of Rochebonne, in the district of Paramé. The name of the fort has Greek origin "konkhê" which means the "big shell".

The Grand Bé, Chateaubriand for sole inhabitant is a small uninhabited island, accessible on foot at low tide from the beach of Bon-Secours, the Grand Bé is known by travelers and lovers of literature, to be the last home of Chateaubriand. The name of Gran Be has several theories, the most common being the Great BEY, coming from Celtic and meaning tomb or Be, in Breton.

Harbor Island, fortified rocky island of 0.18 km², located in the town of Dinard, faces the famous Place de l'Ecluse, the heart of the seaside resort. Its current name, which assumes an Anglo-Saxon origin, would in fact be a deformation of its old name, the herbaceous island.

The island of Guesclin, of its name, belonging to the commune of Saint-Coulomp, between Cancale and Saint-Malo, comes of course from the famous Breton family. An ancestor of Bertrand du Guesclin had built in 1026, an imposing castle. At the beginning of the 13th century, Jean sans Terre, king of England, bought the island which provoked the fury of the Breton princes, who will do everything to take back the rock. The English will eventually be driven out. Vauban in the middle of the 18th century transformed the medieval castle into a military fort. 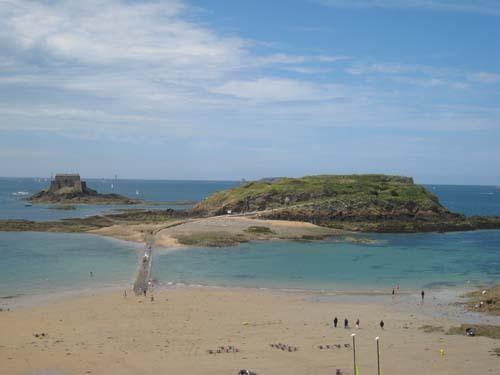 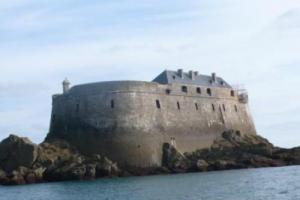 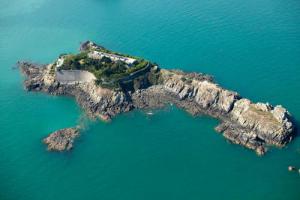 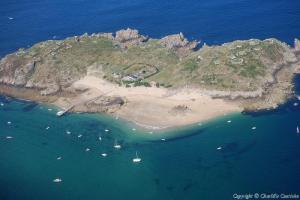